In Physics, motion is defined as the change in the position of an object over a period of time. The mathematical description of motion involves terms such as distance, displacement, acceleration, speed, velocity, and time. In this article we will understand the basics of motion and laws associated with motion.

It is said that there are two sets of laws of mechanics that describe the motion of massive bodies. In classical mechanics, the motion of larger objects such as planets, humans, vehicles, and projectiles are considered. The other set of laws is explained with the help of quantum mechanics. This involves motion of atomic and subatomic objects.

Following are the three laws of motion given by Sir Isaac Newton:

What is Equation of Motion

Equation of motion is defined as the set of equations that describe the behavior of the physical system in terms of motion with respect to time.

Following are the three equations of motion:

There are four different types of motion, and they are as follows:

These were the basics of motion. To learn more about the terms associated with motion such as displacement, velocity, speed, acceleration, etc, visit BYJU’S. Also, learn concepts such as Beer-Lamber law which states for a given substance, the path length of the sample and the concentration are directly proportional to the absorbance of the light.

Knowledge of Investment Banking: Essential to Every Person

Fri Nov 20 , 2020
As per the popular belief, only financial experts should possess the in-depth knowledge of the functioning of financial markets, and that general public need not to know much about stock markets. It’s been perceived that common people can take assistance of financial experts when the need arrives. At the end […] 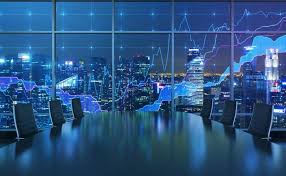