Virtually everyone wants to become a leader because of the immense power, prestige, and rewards that come along with the position. However, leadership comes with a large number of responsibilities and accountability. As the person in charge, the rest of the team has very high expectations and this can make managing and leading the organization intimidating. Because of the high levels of stress and personal attitudes, many leaders tend to make mistakes that can negatively impact on the performance of the team and have unwanted consequences on the success of the organization. Some common mistakes highlighted so that you can avoid them:

When you are in the big chair, you get a very good view of the talents and deficiencies of the people working under you. As their leader, you have to keep on trying to raise the performance level of the team by counseling the team members on where they seem to be going wrong, the consequences of their actions, and how to correct them for a positive impact. Some leaders make the mistake of waiting for the annual performance review for point out the deficiencies, however, by doing this, not only are they losing out on the opportunity of taking corrective action that can do the organization good but also the chance of allowing the team members to improve upon their delivery immediately. As a team leader, you would be failing in both your responsibilities to the organization and the team by not giving regular feedback.

Not Giving Adequate Time to Your Team

In these days, when organizations are trying their best to be lean and mean, even team leaders have their share of work in addition to the responsibilities of managing an entire team and delivering the results. When you are saddled with a huge workload, it can be very easy to become engrossed in the work and ignore the need of your team members for guidance and mentorship. If the team does not find you when they need you the most for direction, they are liable to do their things as best as they can or even slacken and the entire project can go wrong or fall behind schedule. As an able leader, you should mark a certain time of the day for interacting with the team and listening to their problems so that they can get the solutions they want. You should also develop the emotional quotient so that you automatically know that there is a problem even if nobody in your team has approached you specifically. As an effective leader, you should always try to prioritize the needs of your team before your own.

Being Too Hands-Off or Too Friendly

According to https://www.forbes.com, micromanaging tends to stifle growth and potential. However, as good as a hands-off attitude maybe, if you don’t monitor the work of a team member, it can lead to a situation when she might have misinterpreted the project requirements and gone off-track. By the time, you get to know, valuable time has already been lost and your hands-off attitude may have jeopardized your organization’s delivery commitments.

However, if you are too friendly, some team members may try to take advantage and try to get away by not doing their share of work, knowing well that you would pitch in to bail them out. It can be difficult to balance being a boss and a friend, however, it is best to stray on the side of caution and avoid becoming over-familiar with the team you are working with and losing your position of authority. Be sure to set very clear lines of behavior so that nobody is tempted to take advantage of the situation.

As a leader, your first and most fundamental responsibility is to communicate goals to your team members that are very clear, explicit, and unambiguous. This can only come about when you are very clear what your team is supposed to deliver. If you do not define the goals clearly to your team, they will tend to interpret in their way thus paving the way for the confusion. When people do not understand what they are working for, it becomes impossible for them to prioritize their work, which means that the delivery and the quality both are liable to get compromised. According to a senior debt consultant at NationaldebtRelief.com, a leading debt management agency, lack of clarity of organizational goals is a common reason for small business failure. To avoid chaos, you should be able to set out easily understandable goals, allocate specific responsibilities and timelines to each member, and construct a flow chart that explains the importance of every activity and their interrelation for the final delivery.

Not Knowing What Motivates Your Team Members

Many leaders believe that at the end of the day as long as the team members get monetarily rewarded well, they will work at their best. However, in real life as important as money is, it is often not only the most important incentive or cause of motivation. After a certain level of financial rewards, it is things like the work-life balance that becomes more important to people. Some team members may benefit from telecommuting opportunities while others may benefit from flexible hours. Some may even perform better with a pat on the back, extra responsibility, or an opportunity to up-skill. A leader will need to be sensitive to what motivates his team and not assume that there is nothing beyond money that needs to be taken care of.

A true leader has to be multifaceted and needs to be able to understand the vision of the organization and carry it forward so that the team understands what and why they are doing what they are doing. Further, the team leader has to understand what makes each of his team clicks and give them timely feedback so that they can better their performance. They should be prepared to spend as much time as it takes with the team even though it means that they have to work harder to catch up with their workloads. Above all, while being friendly, they should not let others take advantage of them, and be a sure of continual inspiration to them.

Top Habits of a Successful Investment Banker You Must Develop Today

Tue Sep 17 , 2019
Are you a good investment banker? Success draws attention, doesn’t it? Perhaps you’ve reached the pinnacle of success. A hidden truth to be revealed to the wider audience, how would you do that? Have you ever wondered what is the secret recipe that enables successful investment bankers to achieve the […] 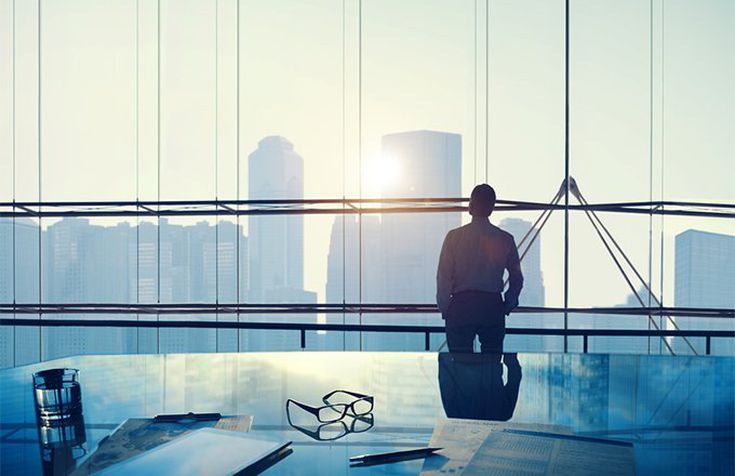